Pub Snooker, the free flash snooker game with snooker Tournamants, Challenges and Time Attacks. Make big breaks and become the Pub Champion - Are you good enough to be rank #1?

Pub Snooker has many challenges and game modes. The two hards achievements in the game are becoming rank number 1 by winning all of the tournaments, and the Beat The Magician challenge. The Magician is more skillful than any other player in the game and is the ultimate snooker challenge. Can you beat the magician? 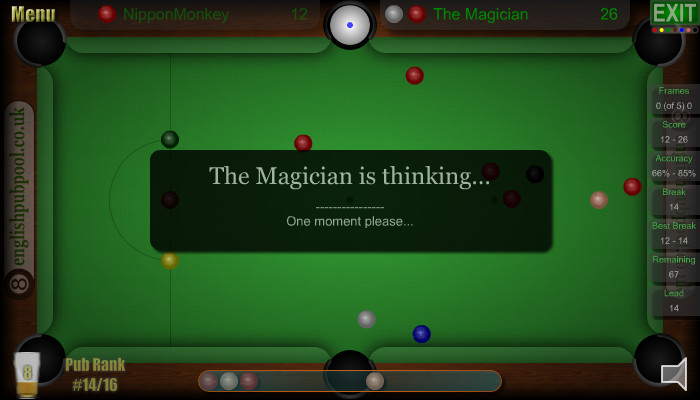 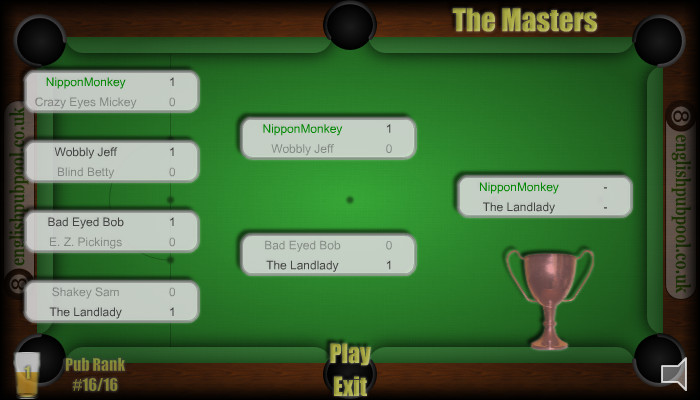 Pub Snooker was developed by Nippon Monkey for englishpubpool.co.uk and pubsnooker.com.